Some writers write fast, while others might take longer.

My novel, Wolf Mother (The Moonstruck Mother Series, Book 1) took me 23 months to write. While it’s not the longest time an author has taken to write a book, the stories behind this one, are almost as quirky as the happenings in the book itself.

Here are 5 odd things that happened while I was writing Wolf Mother:

1. While on holiday with my family in the USA in late 2018, we were driving along a free-way when my husband pointed out a truck beside us. He was telling my kids that it was a snow plough. We’d all never seen a real snow plough before (only ever on TV shows or movies), and so it was a bit of a novelty (especially given that it was Fall, and the weather in the USA was still pretty beautiful). Anyway, we’re driving along, and I think to myself, ‘Gee, that looks a bit rattly. It’d be dangerous if it fell off.’ The next minute, the loose bit on the back of the truck does fall off, and it bounces across lanes of traffic, and lands in our windscreen. Luckily my husband managed to get us all to the side of the road safely (no mean feat considering it was twilight and raining, and the windscreen wipers got jammed).

2. A small dose of whiplash, slowed my writing in 2019 when a few days before my 42nd birthday we had a car accident, that rendered my much loved 18.5 year old car (that I had no intention of replacing), a write-off.

3. Bushfires in Cudlee Creek, and all over Australia in the summer of 2019 /2020 made for difficult writing times. Partly because it was generally a horrific event. The loss of homes, lives, and wildlife was just heartbreaking. But it was also worrying because the fires went through my sister’s property. My sister was lucky, in that their home was saved, but they lost sheds, tractors, motorbikes, and a lot of personal items stored in their sheds. During the fire danger days afterward, my little fur niece and nephew (Tux and Roxy) came to stay at our place. But Tux had a bladder infection, and so we needed to keep the cats separated. Tux stayed in my son’s room, Roxy stayed in my daughter’s room, and our cat, Oliver stayed in our room. Meanwhile, the kids thought it was great, because they had a camping sleep-over in our lounge room for the week. 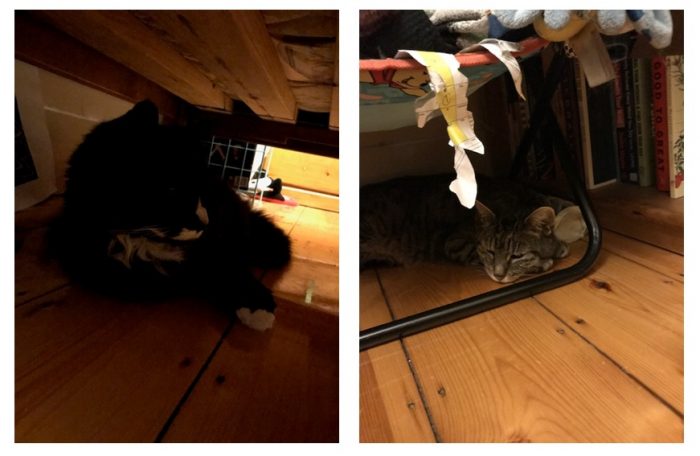 4. Speaking of our cat, Oliver, he swallowed a sewing needle in early 2019. How? you might ask. Well, Oliver likes to eat rubber bands and hair ties (when he can find them). And if you leave a piece of string laying around, he sees that as a challenge too. So, one day, I was sewing the elastics on my daughter’s ballet shoes, and the kids said, ‘Mum, can we do some craft?’ I was having one of those magnanimous mum moments and said, ‘Sure, why not?’ In my mind, were idyllic images of us all sitting cosily around the table sewing (like something out of a Jane Austen novel). In reality, thirty seconds later, my son screams out, ‘Mum! Ollie swallowed my needle!’ I laughed, and said, ‘No way. He’s not that silly.’ (I’d actually had a chat with my husband the day before, expressing concern over the cat eating one of the kids lego toys, and my husband laughed and said, ‘Lisa, cat’s aren’t stupid.’) Anyway, I watched Oliver for a couple of minutes, and decided we needed to take him to the vet to make sure. 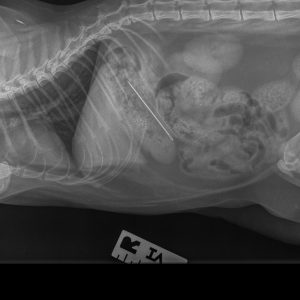 Well, an x-ray confirmed that he did swallow the needle, and the money we’d put aside to get Wolf Mother edited and proof read, went toward Oliver’s needle removal surgery instead.

5. There was a global pandemic and I homeschooled my kids for two months. The general shock, and worry during the pandemic would have been enough to upset my writing routine anyway, but we’d began some bathroom renovations (repairing a mouldy, water-damaged ceiling) just before things got serious. And as part of the repair, we made our bedroom off limits so we didn’t need to traipse the waste and dust through the house. Consequently, my husband and I ended up camping in the lounge room for six weeks (where I usually write). Add to that, homeschooling too, and I found I was lucky to get thirty minutes a day to think about my book at all.

Anyway, while I’m sure there are writers who would have still mananged to write a book a month during these wild times, but I haven’t been one of them. I am however, happy to have finally finished, and published Wolf Mother (The Moonstruck Mother Series, Book 1)(check it out here)

The distractions over the last 23 months haven’t all been bad though. As we did manage to do two ‘research’ holidays during this time. One in January 2019 to visit Mount Gambier, Portland and Port Fairy, and to see the Tantanoola Tiger, and another trip to Mount Gambier in June 2019 to see the Ghost mushrooms. (And I’ll write about those trips in another post!).