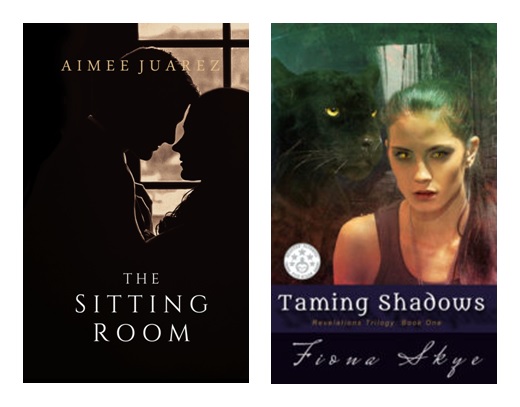 Technically, March was a little crazy as I was preparing for minor surgery in April, so I started both of these books in March and finished them in April. However, since I decided to catch up on some books I missed over the last 7 years while recovering from surgery in April, I decided to break this “from my bookshelf” post up into Indie Books (March) and mainstream published (April), so the indie books didn’t get lost. I also did a beta-read for Sarah Gai’s new book Winter’s Song which was really good. I’ll share more about that one when it’s published (soon) but all I can say for now is to get the really good tissues, because you’ll be crying when you read that one!

Sometimes, the lines between the genre blur, so I’ve separated these as follows, but in a nutshell: I loved both of them and eagerly look forward to the second book in the series:-)

The Sitting Room by Aimee Juarez -This is the first book in The Society for Psychical Studies series and it’s great. It’s set in the 1800s in London, and is about Dr. David Gosford (a medical doctor doing research into psychical matters) and Adele Ledford (a psychic and the niece of a famous illusionist). I love the use of the time period (and how that adds conflict for their unconventional relationship) and the inclusion of the fascination with mystical and spiritual practices at the time (loved it!). I gave the book 5 stars and look forward to reading the next one.

Taming Shadows by Fiona Skye-This is the first book in the Night of Revelations series and it had the feel of classical urban fantasy, though it meshed nicely with fantasy when Riley O’Rourke the shifter/ fae main character has to enter the fae realm. I really enjoyed reading about Riley’s world and have bought the next book in the series:-) So if you’re looking for an urban fantasy read with a shifter heroine you’ll enjoy this one. Escapism guaranteed:-)

(P.S. These aren’t affiliate links and these are my honest reviews of the books).